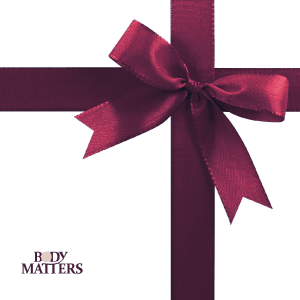 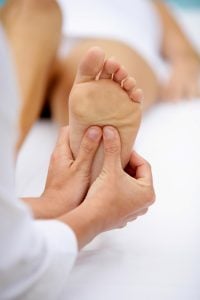 The theory behind reflexology is that there are “reflex points” in the hands and feet, that relate to specific organs and glands in the body. Stimulating those reflex points promotes health in the corresponding organ via the body’s energetic pathways. The pressure stimulates the related body regions or organs to promote healing. At Body Matters the treatment is mainly used to stimulate circulation, reduce stress, and promote relaxation. Numerous different disorders have been successfully treated by this method. These include such things as migraine, sinus problems, hormonal imbalances, breathing disorders, digestive problems, circulatory problems, back problems and tension and stress. Most people who have experienced treatment would agree that the method can be most beneficial and is also a very valuable form of relaxation.

The History of Reflexology

The origins of Reflexology evidently reach back to ancient Egypt as evidenced by inscriptions found in the physician’s tomb at Saqqara in Egypt. We cannot determine the exact relationship between the ancient art as practiced by the early Egyptians and Reflexology as we know it today. Different forms of working the feet to effect health have been used all over the ancient world but it is thought that this form of healing spread from Egypt via the Roman Empire.

Modern Reflexology or ‘zone therapy’ first appeared in the west in the early 20th century. Dr William Fitzgerald from the USA developed the theory of zones throughout the body, and his work was further developed by Eunice Ingham (1889 -1974) USA “The Mother of Modern Reflexology”. 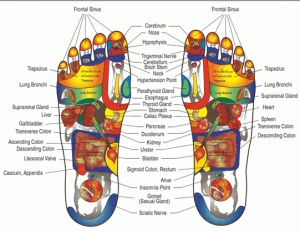 How Reflexology Can Help You

Regular Treatments can have long term benefits. Our clients comment that being able to zone out for 45 minutes enjoying a relaxing massage has a positive psychological impact on their wellbeing, while pregnant women find that reflexology relieves the pressure on their legs and feet.

This website uses cookies to improve your experience while you navigate through the website. Out of these, the cookies that are categorized as necessary are stored on your browser as they are essential for the working of basic functionalities of the website. We also use third-party cookies that help us analyze and understand how you use this website. These cookies will be stored in your browser only with your consent. You also have the option to opt-out of these cookies. But opting out of some of these cookies may affect your browsing experience.
Necessary Always Enabled
Necessary cookies are absolutely essential for the website to function properly. This category only includes cookies that ensures basic functionalities and security features of the website. These cookies do not store any personal information.
Non-necessary
Any cookies that may not be particularly necessary for the website to function and is used specifically to collect user personal data via analytics, ads, other embedded contents are termed as non-necessary cookies. It is mandatory to procure user consent prior to running these cookies on your website.
SAVE & ACCEPT